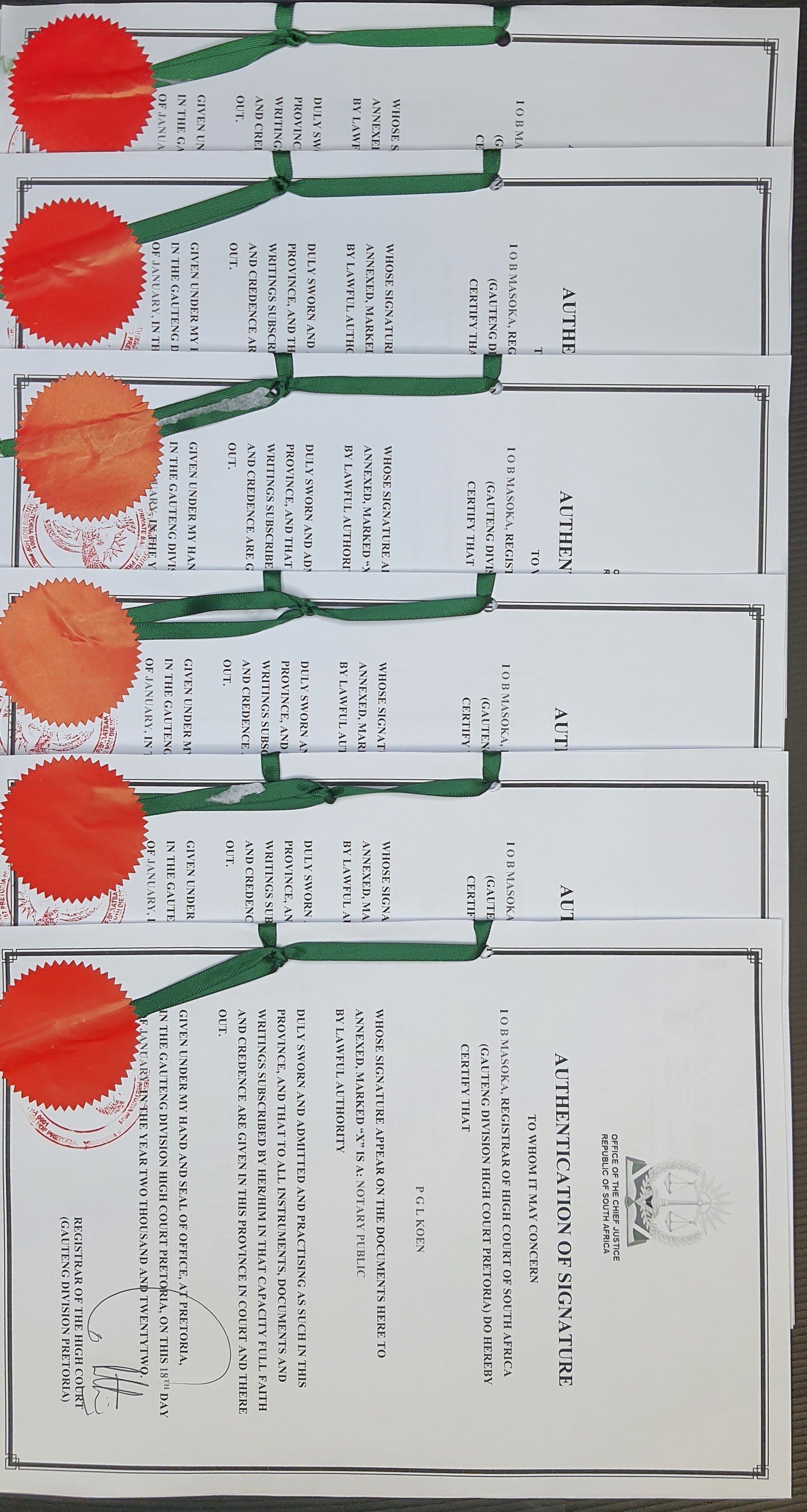 We specialise in legalising all South-African public, company, commercial, and educational documents at Embassies and Consulates of foreign countries represented or located in Pretoria, South-Africa. and elsewhere. If the foreign country in which you require your South-African public, commercial or educational document to operate is not a country which is a signatory to The Hague Apostille Convention, only its Embassy, Consulate, diplomatic or trade representative in South-Africa can perform the last legalision step by placing an Embassy seal on your document.

Apostille Certificates are unacceptable in countries which have not ratified the Hague Convention. In most cases, your South-African public document needs first to be authenticated by Notary, High Court, DIRCO and possibly goverment departments  e.g. SAQA, Umalusi, SAHPC before acceptance for legalisation by an Embassy or Consulate.

Embassy or Consulate legalisation is a complex, difficult and sometimes expensive legal process. Each Embassy or Consulate has its peculiar opening hours, rules, procedures, guidelines, and fees payable, all of which you must deal with to legalise your South-African document for use in their country. It is a tricky and sometimes costly exercise to conduct on your own.